A while ago I was in a discussion w/ some peeps and we talked about the elections in Mexico. I don't know well this country so I was curious. Some people were outraged by the fact that 'honest' elections don't exist there (at least nowadays apparently) and that people accepted money to vote for a specific candidate. At that time they reacted like 'can you imagine that this people have been bought w/ money to do such a thing'. Well in this context 'such a thing' is to vote. 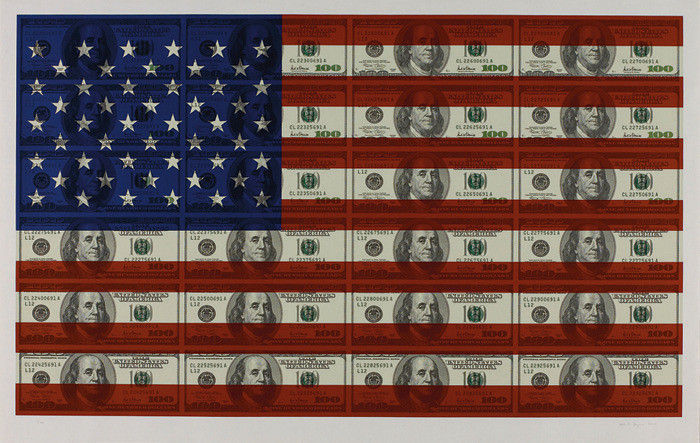 
I'm always fascinated by one thing: how fast and easy we notice and consequently criticize some behaviors and/or ideas and/or you name it in other people but not in ourselves (we don't even see them in ourselves).

The thing here for me isn't the election in Mexico and if yes or not it's scandalous that some mexican peeps accept money to vote for X or Y; no the thing is: actually how money make everyone do anything. And sometimes (most of the time?) money makes people do really really stupid (or bad) things. The irony in that story? Most of the people don't even realize that they follow the money in their daily life!

I see everyday most of us spending our time, our energy, our brain, ressources for... companies, institutions that kill the planet, kill animals, create poverty and the list goes on. Nevertheless I dare to assume that most of us aren't bad people, we aren't evil (I hope). So why the hell do we spend most of our lives to create such bad outcomes?

One word I guess: money!

Chris Langan in Outliers (I recommend) talks like this: "Harvard is basically a glorified corporation, operating with a profit incentive. That's what makes it tick. It has an endowment in the billions of dollars. The people running it are not necessarily searching for truth and knowledge. They want to be big shots, and when you accept a paycheck from these people, it is going to come down to what you want to do and what you feel is right versus what the man says you can do to receive another paycheck. When you're there, they got a thumb right on you. They are out to make sure you don't step out of line.".

Yep the example is not even about a bank, an oil corporation or a big food company; nope it's even about one of the most popular university in the world. Still, money buys most of us!

Is it the fear of the other only? the misery (not only financial but also intellectual, psychological, physical you name it)? I realized this week that a big majority of fanatic killers (no matter under which fanaticism they lie) are become fanatics (ie they weren't initially). They have been trained to, indoctrinated. Why? How has been there any empty space in their mind to get infected? Worse: how to be sure that we'll never be such a victim, how? Education? Happiness? What if people could be immune to such a tragedy?

I'd love to hear read talk about create such a debate. In fact I'm sure we should manage a massive one, this is our duty, our citizen duty. If we wanna leave in peace, leave free in a democracy, in the secularism, we must ask identify and understand how to never ever fall into any -ism. 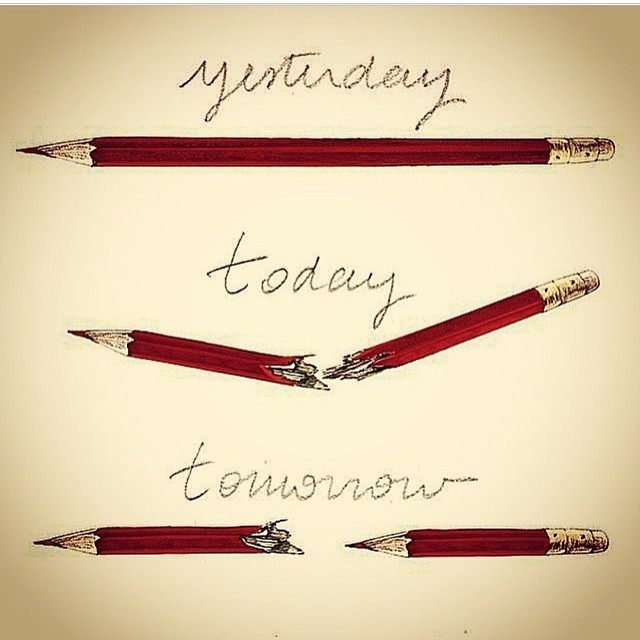 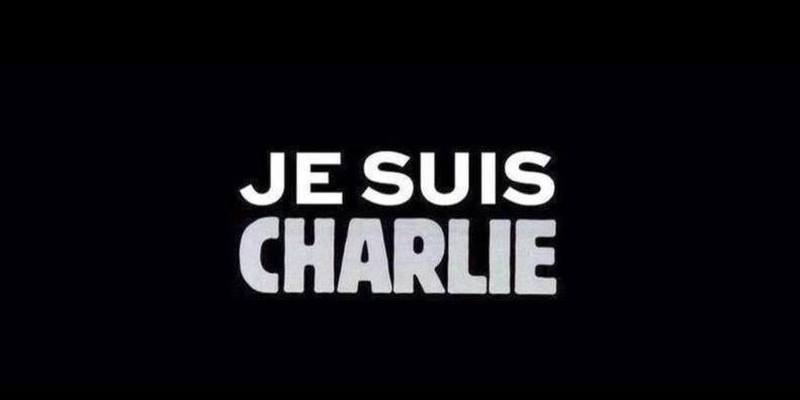 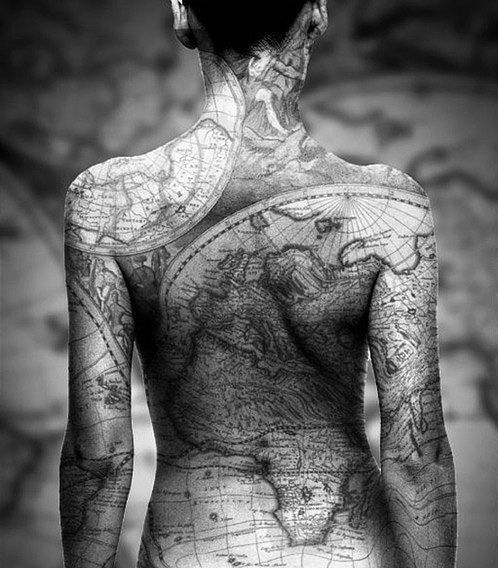 I just read a book about tattoos (in french) and it rose a point in my head: some topics seem to be way to vast to be explained by words. And to my mind tattoos are an example. I've a real problem when someone says: here I'll tell you why X or Y. The thing is: most of the time the explanation is way too simplified.

I wonder wether the simple fact to put words on something simplify it right away and by itself. It's not a big deal when this thing is simple like 'how does the rain work' but when the thing is 'why people take drugs' or in our example right now 'why people get tattoos' the answer is automatically (a) for the best: a part of the global one and (b) for the worst: a lie.

I've this feeling nowadays that everyone tries to explain everything. And honestly I don't know why; well I probably imagine some possible reasons but I certainly don't have the global one. Actually if you're honest when you write and then publish a book regarding the reason why modern western societies get tattoos; you shouldn't say 'here is the book to understand why' but 'here is a book w/ inside some reasons' (which instantly means not all of them).

At that point I start to wonder about the intellectual honesty in our world.

Well if you're interesting in tattoos and specifically on the reasons why some people put something on their skin, this book could eventually be a part of the answer (at least for westerners); but if you really wanna dig deeper into that world I also suggest to follow The Tattoorialist (and they also have a book); to read that story for ex.; watch that micro-film... ahem sorry that f***** piece of art etc… etc…

Trust me, your imagination will understand, feel, capture some things that no one will be able to put into words in a kinda life-explanatory book. And the truth is that I'm afraid you could spend your whole life studying certain topics like tattoos (drugs is one of them too on my mind) and at the end of the day you'll only get a bigger part of the answer but certainly not the global one cause you know what? It probably doesn't exist.

I love writing. The thing is: I'm bad at it. Disclosure: the feeling to love something and at the same time be bad at it is weird. Interesting tho but still, it's weird. Anyway, back to our subject. I'm pretty proud of one thing actually, back in the super early days of 2013 (it was around the same period I remember, i.e Xmas, back then I was based in Singapore) I succeed to write and even publish a blog post everyday during something like 1.5 months (maybe two but I'm not really sure exactly). And you know what; it made me feel good. So good that I promised myself to start again this experience one day.

Here we are. I think it's a good period. We say that we need to make the same thing during 30 days to start to make it a habit frankly I don't know but in my own experience: it's wrong. Well even brushing my teeth isn't a habit for me although my mum forced me to do it few times a day non-stop for many many years. Anyway, writing makes me feel good (maybe great) and I hope that I could succeed to dedicate some time everyday to practice (I still hope to become good at it one day). And I know something else: you can be good at anything by practicing.

So, 2015. I won't try to publish everyday; once every two days will be good enough. I know it'll force me to write everyday and I'm already happy. And this time I target way more than 2 months. I'd like to write all along the year. This type of resolution or experience or test (whatever you call it) makes me think about the ones Emi makes for a while. I'm impressed so I give it a try right away. 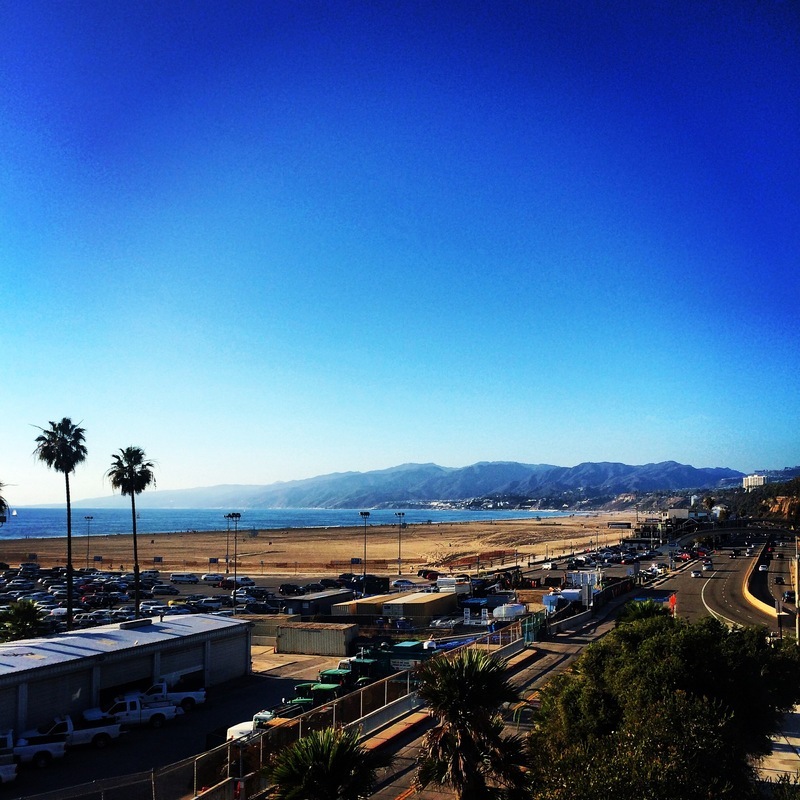