Everyday I go pick my toddler up at kindergarten. I fasten him on the back of my bike and we go for a ride. We stop in a different park each day and take time to play, eat, look at the fishes or turtles [sometimes]; we basically explore what the city has to offer.

From the time I leave home to when we're back, it takes on average 2 hours. I made the choice early on to always switch on the plane mode on my phone during that time. That looked simple at first. Now I realise how important it was. I don't blame the parents we see who're just on their phone constantly while their kids try to interact / tell / show them something. I definitely know where that comes from. I feel sad for them though. We have such a hard time connecting to the present, the here & right now. It's a skill we all have to learn & practice.

When we're eating and you look at your phone, you're telling me 'that notification - while not knowing in advance what it is exactly - is more important than you'.

When we're talking and you keep screening the whole room for something / someone else, you're telling me 'I don't care about you'.

Like any skill, the less you practice, the harder it gets. And at the end, without even noticing it, you're just letting anything else dictate your life and you lose everything & everyone that matter most to you.

Below is a story I read last month from Essentialism: The Disciplined Pursuit of Less written by Greg McKeown. This is the Dad I want to be.

A woman named Cynthia once told me a story about the time her father had made plans to take her on a night out in San Francisco. 12 year old Cynthia and her father had been planning the 'date' for months. They had a whole itinerary planned down to the minute: she would attend the last hour of his presentation, and then meet him at the back of the room at about 4:30 and leave quickly before everyone tried to talk to him. They would catch a tram to Chinatown, eat Chinese food (their favourite), shop for a souvenir, see the sights for a while and then 'catch a flick' as her dad liked to say. They then would grab a taxi back to the hotel, jump in the pool for a quick swim (her dad was famous for sneaking in when the pool was closed), order a hot fudge sundae from room service, and watch the late, late show. They discussed the details over and over again before they left. The anticipation was part of the whole experience.

This was all going according to the plan until, as her father was leaving the convention centre, he ran into an old college friend and business associate. It had been years since they had seen each other, and Cynthia watched as they embraced enthusiastically. His friend said, in effect: 'I am so glad you are doing some work with our company now. When Lois and I heard about it we thought it would be perfect. We want to invite you, and of course Cynthia, to get a spectacular seafood dinner down at the Wharf!' Cynthia's father responded: 'Bob, it's so great to see you. Dinner at the wharf sounds great!'

Cynthia was crestfallen. Her daydreams of tram rides and ice cream sundae evaporated in an instant. Plus, she hated seafood and she could just imagine how bored she would be listening to the adults talk all night. But then her father continued: 'But not tonight. Cynthia and I have a special date planned, don't we?' He winked at Cynthia and grabbed her hand and they ran out of the door and continued with what as an unforgettable night in San Francisco.

As it happens, Cynthia's father was the management thinker Stephen R. Covey who had passed away only weeks before Cynthia told me this story. So it was with deep emotion she recalled that evening in San Francisco. His simple decision 'Bonded him to me forever because I knew what mattered most to him was me!' she said. 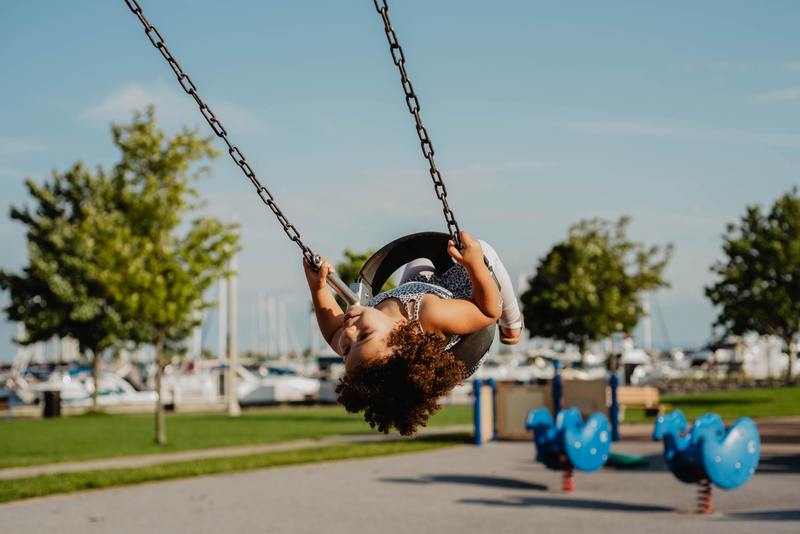 Building a better way to enjoy our possessions with Objet.
Dad 👦👦
Follow @k7vin